Also on this day, a briefing of MPs was held on the introduction of such a day in Ukraine every year on October 19 ‒ Bohdan Hawrylyshyn’s birthday, a prominent Ukrainian, author of the Declaration of Human Responsibilities.

“You can see that representatives of almost all parliamentary and deputy groups have gathered here. We want to show that the Parliament cherish the memory of outstanding Ukrainian Bohdan Hawrylyshyn, who not only believed, but also did everything to make the citizens of Ukraine change their country for the better. That is why I am sure those parliamentarians, who are here today as well as the entire Parliament will unite and vote for this Resolution,” said Dmytro Lubinets, People’s Deputy of Ukraine, a graduate of the “Young Generation Will Change Ukraine” program organized by the Bohdan Hawrylyshyn Family Foundation.

The adoption of the All-Ukrainian Human Responsibility Day at the state level this year is important because:

The initiative to establish the All-Ukrainian Human Responsibility Day belongs to the Bohdan Hawrylyshyn Family Foundation, and it is supported by the community of graduates of the “Young Generation Will Change Ukraine” program, including MPs Solomiia Bobrovska, Maryna Bardina, Dmytro Lubinets, and Serhii Hryvko.

Solomiia Bobrovska, MP of Ukraine (Holos), a graduate of the “Young Generation Will Change Ukraine” program of the Bohdan Hawrylyshyn Family Foundation: “This year, on the 30th anniversary of Ukraine’s Independence, we are very pleased to invite Ukrainian society to celebrate the Human Responsibility Day every year on October 19. Bohdan Hawrylyshyn’s birthday. What is more, this year would be Mr. Bohdan’s 95th birthday”. 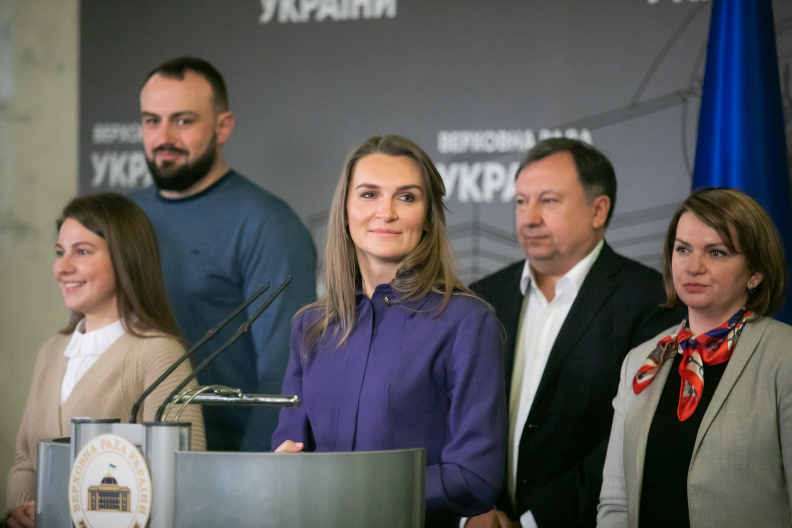 Mykola Kniazhytskyi, MP of Ukraine (Ievropeiska solidarnist): “Bohdan Hawrylyshyn took care of very important things for Ukraine. As an advisor to the Ukrainian Presidents, he did his best to ensure that the relations between Ukraine and the Western World were as close as possible and that the Man was not lost in these relations, and the fate of every Ukrainian, the Ukrainian nation, was not lost too. He did everything to ensure that Ukraine had an economic school, a school of management, a school of public administration, and most importantly, that young people would come to this school. Some of these young people are standing here ‒ they are students of such schools and personally Mr. Bohdan’s ones”. 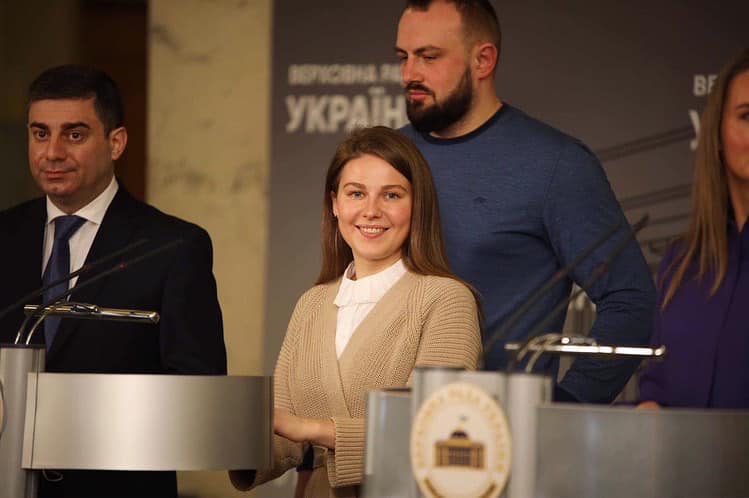 “It is important to respect our fellow citizens who have made a great contribution to the development of Ukrainian statehood. Bohdan Hawrylyshyn was an advisor to several Presidents of Ukraine, prime ministers, and chairmen of the Verkhovna Rada. The Human Responsibility Day can be a symbolic day of honoring the memory of an outstanding Ukrainian, and another opportunity for all of us to think about how responsible we are as citizens, how much we follow the values ​​proposed in the Declaration of Human Responsibilities created by Mr. Bohdan to be a truly happy society”, said Maryna Bardina,  MP of Ukraine (Sluha narodu), a graduate of the program “Young Generation Will Change Ukraine” of the Bohdan Hawrylyshyn Family Foundation. 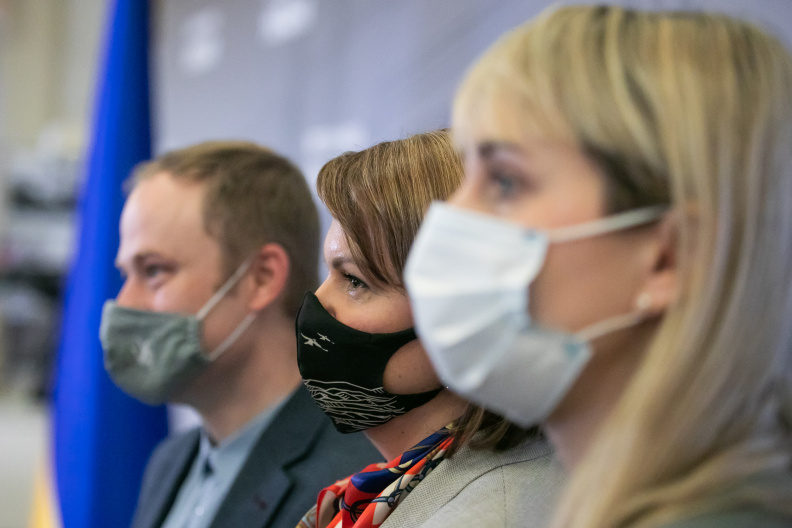 Oksana Savchuk, MP of Ukraine (no party): “I knew Bohdan Hawrylyshyn personally, like many of those present here. Wherever he was, no matter what country he went to, he always said he was proud to be a Ukrainian. His own sense of his roots, promotion of the Ukrainian idea, popularization of our country through his professionalism, through the diplomatic ties he had. He was always very dedicated  to make Ukraine one of the countries in the world that is respected and taken into the international community. The Human Responsibility Day is about how responsible we are every day in the areas that Bohdan Hawrylyshyn mentioned in the Declaration of Human Responsibilities.” 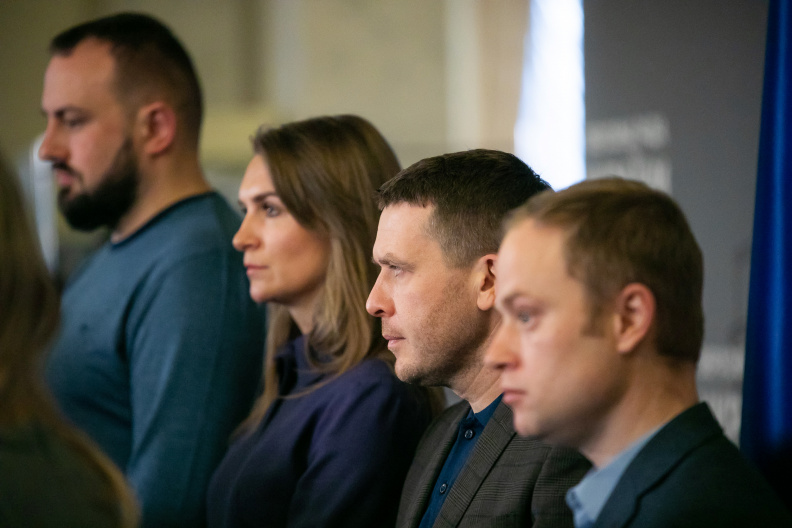 Ivan Krulko, People’s Deputy of Ukraine (Batkivshchyna): “Bohdan Hawrylyshyn left not only a good memory, he demonstrated how to support the civil society, the Ukrainian youth. He showed by his example how it was possible to change the ideology and approaches to the life of each person. I personally knew Bohdan Dmytrovych and saw how he supported the projects for young people. He invested his money, which he earned as a great world economist, in educating the Ukrainian youth in the spirit of patriotism and understanding how to develop the Ukrainian state. In commemorating him, in making an important decision of taking responsibility, we must also unite to ensure that the funds and finances he invested in the Ukrainian youth and the future of Ukraine would continue to work.”

We are extremely grateful to all the MPs who today spoke in support of the initiative during the briefing in the Verkhovna Rada. An evidence of its relevance and importance for Ukrainian society is in the fact that they are representatives of various political parties.

If you have any questions about the initiative, please contact: Marianna Yeleiko, Communication Manager of the Foundation, +380506701510, press@bhfamily.org

The Declaration of Human Responsibilities, created by Bohdan Hawrylyshyn in 2014.

More information about the initiative to establish the All-Ukrainian Day of Human Responsibility in the article.

The Bohdan Hawrylyshyn Family Foundation is a charitable organization founded in 2017 by the wife and children of a prominent Ukrainian, world-famous economist and visionary Dr. Bohdan Hawrylyshyn. The main mission of the foundation is to empower young aspiring changemakers to build a sustainable value-based Ukraine.