Nargis Mohd and Roman Tymotsko represents Ukrainian youth on the UN General Assembly in New York (2019).  They were selected as Ukrainian Youth Delegates to the UN 2019-2020 on August 30th by the representatives from Ministry of Foreign Affairs of Ukraine, Ministry of Youth and Sports of Ukraine, Bohdan Hawrylyshyn Family Foundation and Ukrainian youth delegates to the UN (2017-2018, 2018-2019). 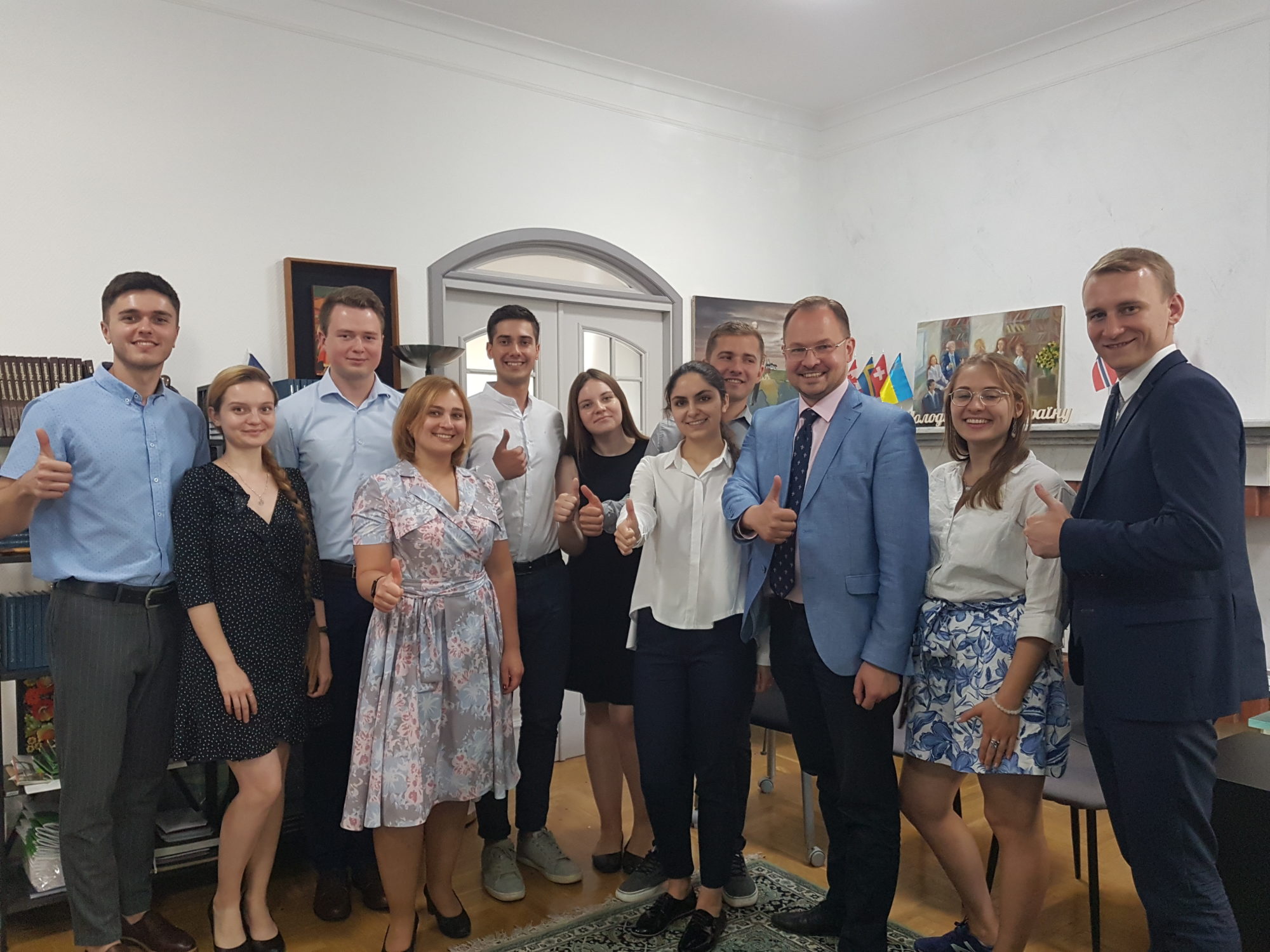 ‘Ukrainian Youth Delegate to the UN’ is a nationwide program aimed at increasing the participation of youth in international politics and spreading of the principles of the UN among young people, as well as building a dialogue between government of Ukraine and young people.

Active youth participation at the United Nations is a critical contribution to successful international cooperation. The underlying principle of youth participation in the work of the Organization is that it leads to better policy and programmatic responses to the problems facing young people today. The United Nations recognizes that young people around the world are both a major human resource for development and key agents for social change, economic development and technological innovation.

In Ukraine, Youth Delegate to the UN Program aims at: 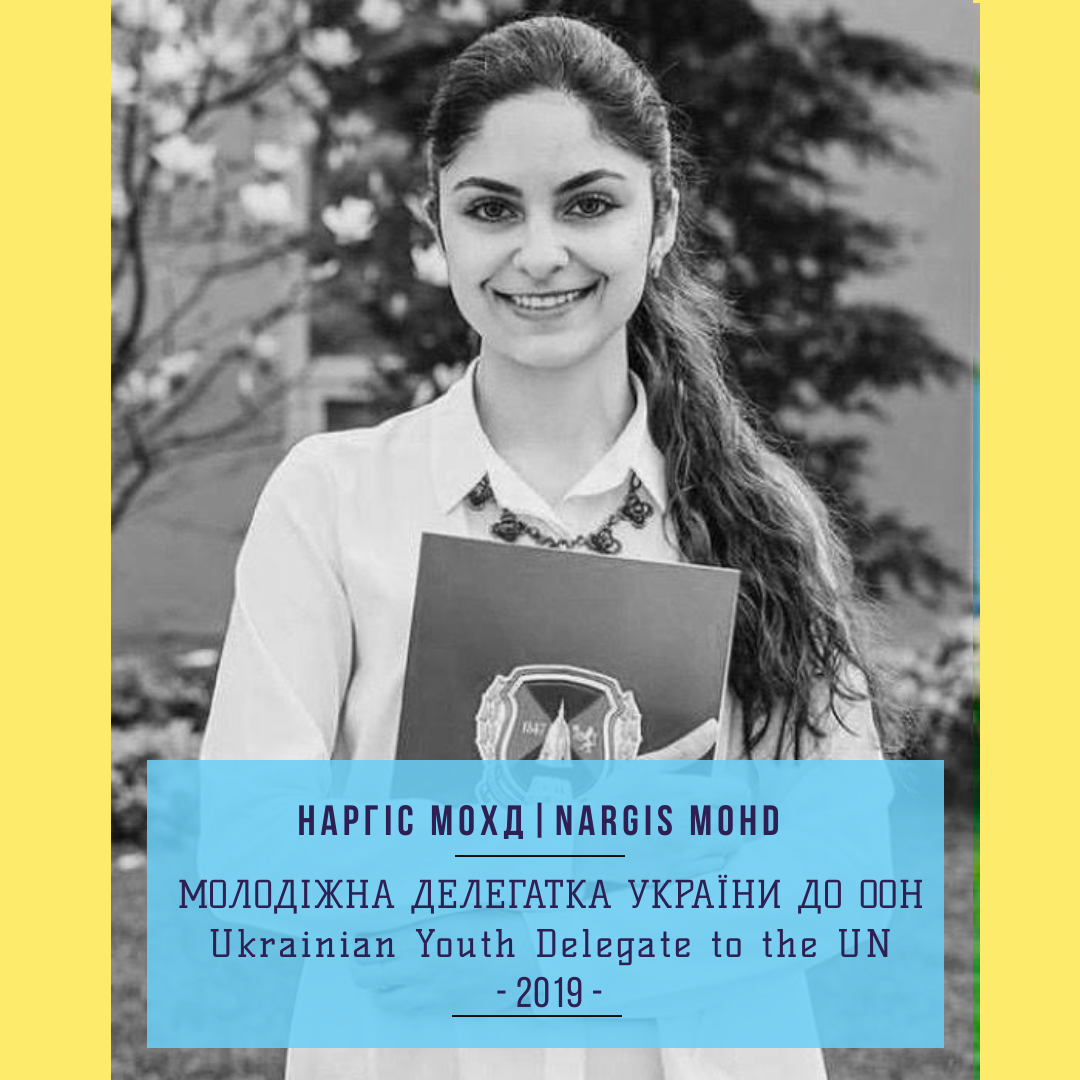 Nargis is a volunteer of a civic organization “Fund “Friendship” which implements educational and cultural projects aimed on building a civil society based on tolerance, nurturing patriotism and respect for ethnic diversity among young people.

She is an active member of the afghan community in Odessa. As a representative of NGO “Fund “Friendship” she took an active part in event dedicated to the first translation into Ukrainian of a book “My life and survival”, an autobiography of the Afghan national leader, fighter for democracy and human rights Abdul Samad Khan Achakzai . Among other events there were hakathon among migrants, refugees and asylum seekers, historical quest for young people as part of informational campaign of the UN Refugee Agency, festival of cultures “Celebrate Diversity” dedicated to the World Refugee Day, performed as co-organizer of a “Lesson of Justice”, etc.

Besides, Nargis is the winner and owner of numerous awards for art competitions, grand prix at the musical festival and the first prize at the Ukrainian national competition on Turkish language (in vocal category). 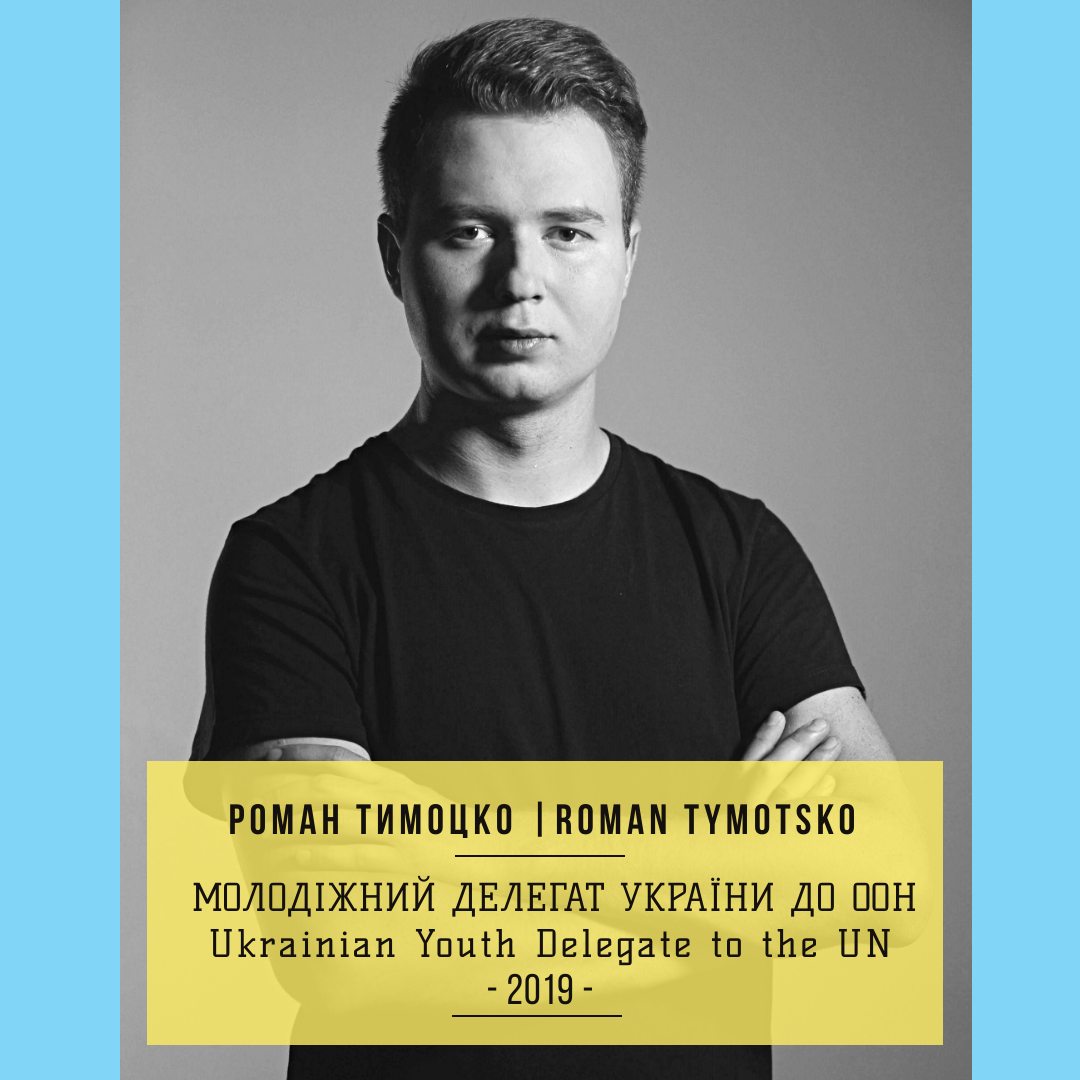 Roman Tymotsko had obtained a degree in digital political journalism at the Taras Shevchenko National University of Kyiv. Now he studies management of nonprofit organizations at the Ukrainian Catholic University in Lviv.

Roman is a part of the TEDxKyiv communications team and often consults NGOs and small businesses on digital marketing and communications. He participated in the International Youth Forum in South Korea, the Erasmus+ project in Romania and the Mediterranean University by the Council of Europe in Tunisia.

Roman is a member of  NGO “Plast – Ukrainian Scouting” since 2008. It is the largest and oldest youth organization in Ukraine. Roman was a scout leader and organized dozens of camps, pieces of training, and other activities. For the last three years, he has been working as National Communications Manager at Plast Central Office. With his team he engaged 1500 new volunteers in Scouting and realized the record-setting crowdfunding campaign.