On 1 November 2017,  the presentation of Bohdan Hawrylyshyn Family Foundation in the Column Hall of Kyiv City Council, which was founded earlier this year by wife and children of Bohdan Dmytrovych


The main mission of the Foundation is to continue and develop the work of the prominent Ukrainian, begun in his life: to help to create a critical mass of professional, responsible, decent and patriotic Ukrainians who will take an active part in transformation of Ukraine into a successful democratic state.

As noted by Khrystyna Batrukh-Hawrylyshyn, daughter of Bohdan Hawrylyshyn, President of the Foundation: ‘Throughout his life my father dreamed of an independent democratic Ukraine. He dedicated last 30 years to the realization of his dream. I hope that thanks to the Foundation we will be able to continue his mission and young generation implement changes in our country.’

The opening brought togather family and friends of Bohdan Havrylyshyn, participants of ‘Young Generation Will Change Ukraine’ program, professors and graduates of MIM-Kyiv Business School founded in 1989 by Bohdan Dmytrovych, public activists and many progressive Ukrainians who believe in successful future of Ukraine.

In her speech, Olena said that the key directions of work of the Foundation would be implemented through the following programs:

A separate direction will be the implementation of ‘Ukrainian Youth Delegate to the UN’, which gives the opportunity to officially present the Ukrainian youth at the meetings of the UN General Assembly in New York and throughout the year to work with young people and implement their own initiatives related to youth issues and global sustainable development.

Deputy Minister of Youth and Sports Mykola Movchan, in his speech noted that through such programs, foreign experts noted Ukrainian youth at business forums. This year delegates Maryna Mykhailenko and Olga Ruda also congratulated guests of the event and shared their experience of participation in the program.

According to Iryna Tykhomyrova, President of MIM-Kyiv Business school: ‘Mission is the formation of critical mass of professional, successful, patriotic Ukrainians who will develop and change Ukraine – that brings together the business school and the Foundation. Bohdan Hawrylyshyn always said that a critical mass of Ukrainians, a new generation is able to bring qualitative changes’.

Patricia Hawrylyshyn-Shmorgun, daughter of Mr Bohdan and founder of the Foundation in the concluding remarks, thanked the guests and said: ‘My father constantly sought to a free and prosperous Ukraine in his career. Now it’s our turn to continue his mission and work with Ukrainian youth he believed deeply in and admired.

During the evening, video presentation of Bohdan Hawrylyshyn’s lecture on the future of Ukraine was held (This is one of 15 lectures recorded during the last year of Hawrylyshyn’s life as a well-known director, author of documentary films by Volodymyr Kuznetsov). 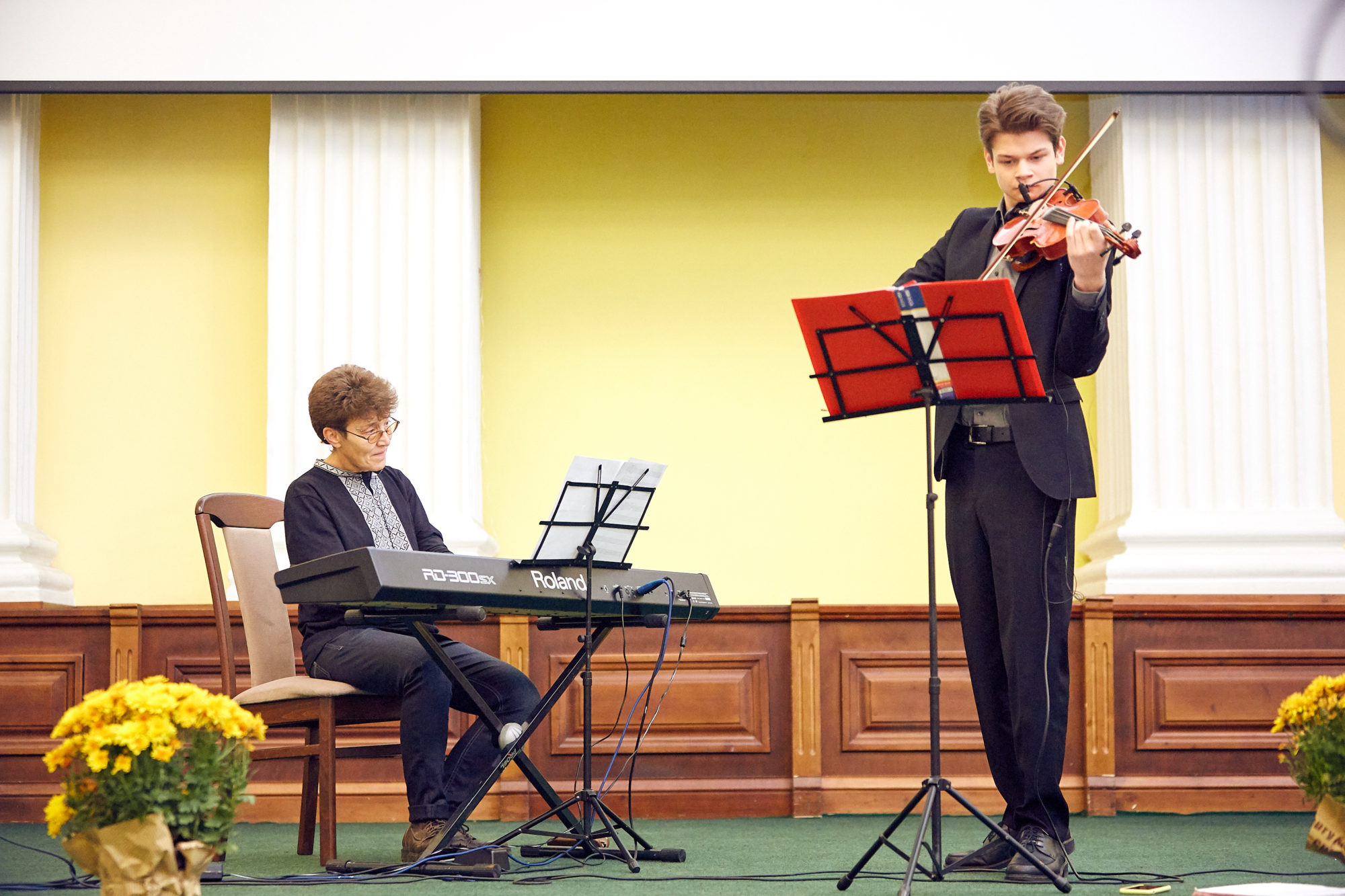